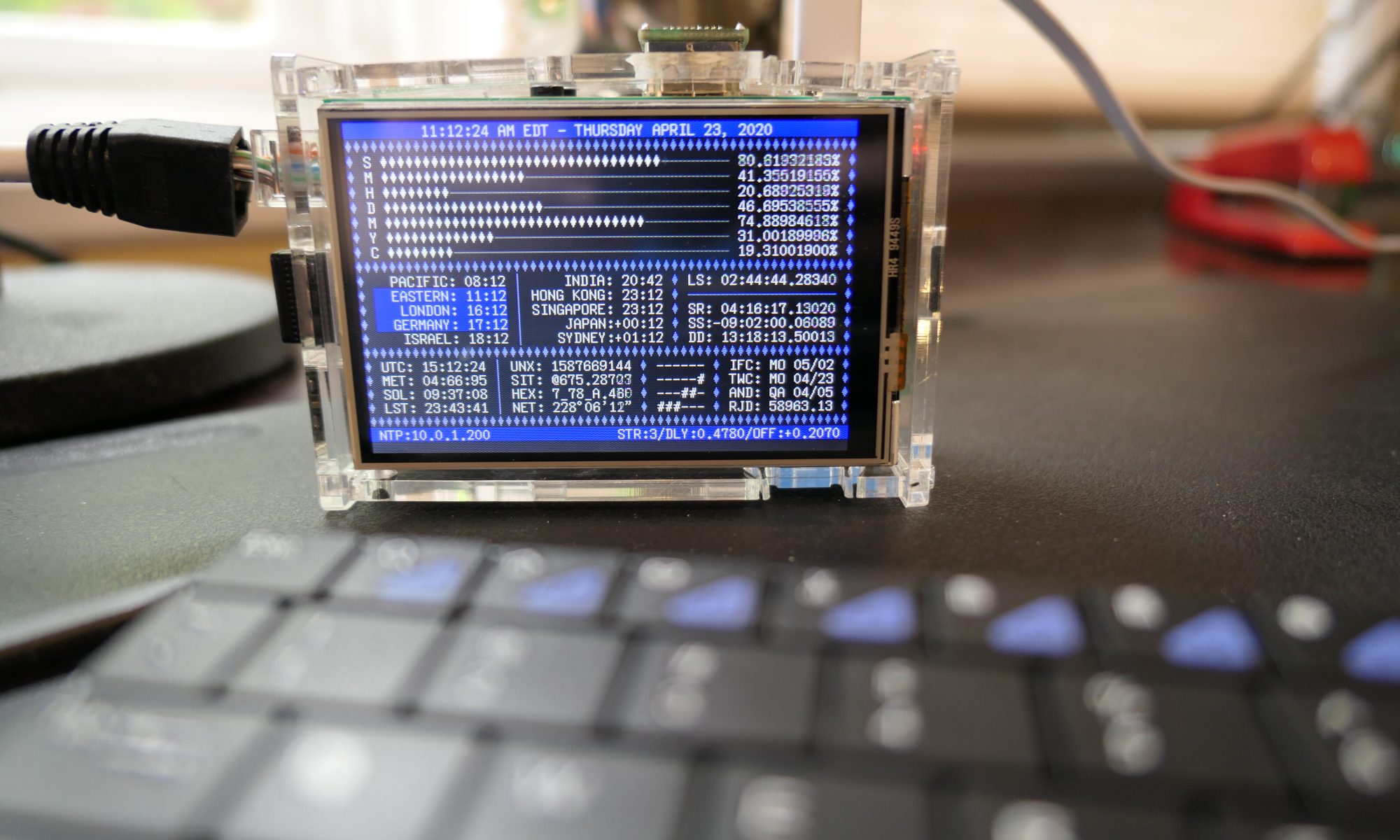 I came across a Reddit post by u/rothman857 that made a Raspberry Pi Clock he calls Chronometer with a really unique view of time. They bring in a bunch of different formats like Solar Time and Metric Time. Since I like time and I’m interested in those views, I thought this would be a fun build.

As a net time to make this, it only took me a few hours to get going. I recommend using the screen he specified which is a quick Amazon order. I tried this with another screen I had and it just didn’t work out. Most of that time was learning two functions I haven’t explored before, changing the video settings and console fonts. A few notes on those items if you are building.

Setting Pi Screen Resolution
The display uses a unique setting of 480×320 which I couldn’t seem to drive with a default setup. So using the Raspberry Pi Documentation, I made a custom configuration.

I commented out all the existing video settings and added these to the end, which worked for me:

Setting a fixed console font
My first try was to use this article at stevencombs.com which in hindsight may have worked if I had specified the Latin and VGA font I wanted, but when I went with the instructions as written it didn’t take the way I wanted. As a follow-up I experimented with several of the suggestions in this StackExchange thread. The “.profile” change didn’t work for me, so I tried Eric Woodward’s suggestion of changing in console-setup.

That’s it. Install and run the chronometer.py program and run it. You’re good to go.

Final thoughts. I like this kind of project because I learn more about the inner workings of Pi and I feel like it’s something I can go in and tweak later. For instance, I would like to make one of the time displays be similar to the Union Square Metronome. I will share progress if I get there on my project list. Obligatory video below.