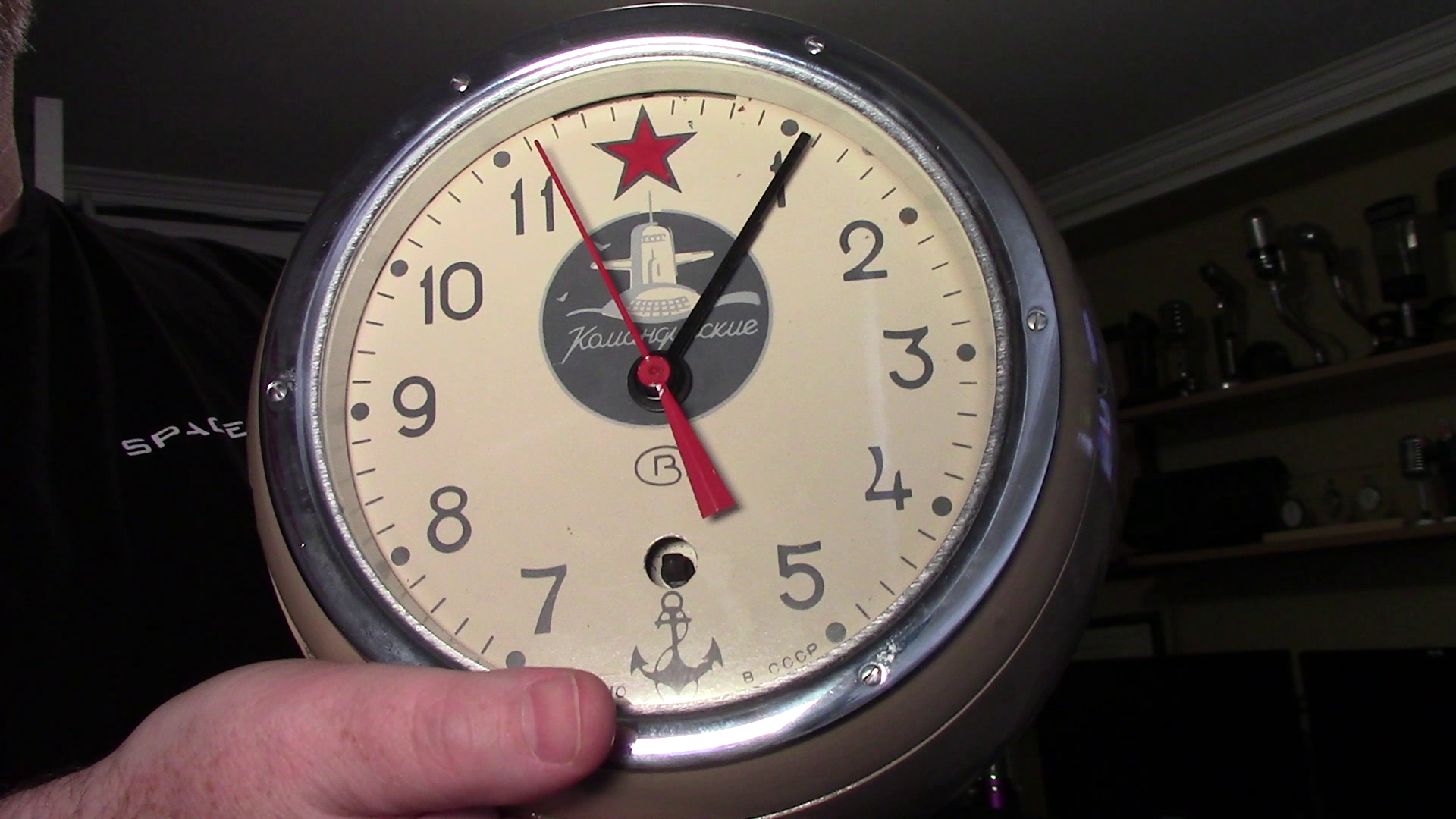 During the Blue Ridge Parkway road trip last year I found this mechanical clock with a Russian Submarine design right down to the CCCP in the lower right corner. When I picked it up, it was working OK but seemed to run down quickly until it stopped. I took it in to Bowers Watch and Clock Repair in Atlanta and they ended up restoring it to full functionality for about half of what the original estimate was.

Great, but the fascinating part of the story was talking to the senior Mr. Bowers (it’s a father and son business) who told me that, “no Russian captain would have that poor quality clock on their ship.” He went on to tell me these were made for the tourist trade. Fair enough.

Mr. Bowers went on to tell me about the Ansonia Clock Company, which was started not far from where I grew up in Connecticut, though about 100 years earlier than when I lived there. Eventually Ansonia was sold to Amtorg Trading which moved the machine shop to Russia. According to Mr. Bowers, “one lathe operator said they took everything from the floorboards on up. When they started the steam boiler in Moscow it still had American water in the tank. The lathe had the same piece in it and the trash in the trash can was the same.” Quite a statement! (Note, I typed that quote from memory so there may be a little paraphrasing in it.)

So, is it real or repro? Probably 70’s repro would be my guess judging by some other blog posts. If you want one new, here’s one https://www.russian-watches.info/shop/vostok-watches/russian-vostok-ship-marine-8-days-clock-5-chm-submarine/ for about $300. Note on the dial between the 5 and 6 digit mine cays B CCCP, while the one I linked says POCCHH. I think this clock is likely an early clock that was actually on a ship. Something to watch for in future shopping trips.